My children were not the only ones who were thrilled each year as Christmas approached. I loved the atmosphere of the season; the Christmas carols we sang or hummed as we worked, the aroma of freshly baked cookies filtering through the house, the cheerful decorations, whether handmade and store bought, and the traditions we practiced each year.  Our traditions have changed over the years as the children grew to be adults, but one special custom we practiced annually has endured. 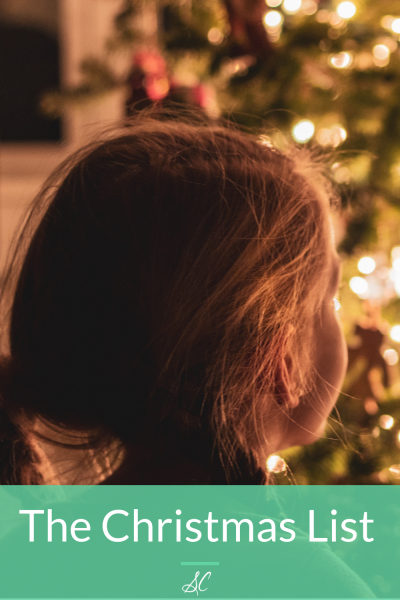 When they were very young, my little ones began to make lists at Christmas. These lists were not like the ones we usually hear about at Christmas time in America—lists of all the things they wanted and hoped Santa (or Grandma) would surprise them with on Christmas day. Their lists were filled with names of people and the gifts they hoped to be able to make or purchase for them. Sometimes we would brainstorm together for ideas of “just the thing” to make for Grandma, Grandpa, aunts and uncles, cousins, music teachers, and special friends. Then we purchased project supplies, and the dining room became a workshop. The children always secreted away some of the supplies so gifts could be made and hidden for siblings or for Mom and Dad.

Learning to Think of Others

The lists were important. They did not want to forget anyone. I did not realize what a tradition these lists had become until I heard someone outside of our family ask one of the children, “What is on your Christmas list?”

The child thoughtfully replied, “Well, I’m carving a bird ornament for my Grandma and a hunting dog for my Grandpa.”

He would have continued on, but was interrupted with, “No, I mean YOUR list.  What do YOU want for Christmas?”

The child actually had not given the idea any thought, and was noticeably uncomfortable trying to quickly think of something he wanted. I remember thinking, “Thank you, dear Lord, for our Christmas lists.” These lists were actually helping my children learn to think of others before thinking of themselves. Any habit we establish in the lives of our children will reap more than the initial purpose for which it was created.

As adults, my children are creating special Christmas traditions for their families. And with an empty nest, Jerry and I have chosen which traditions to continue and what new traditions we should design for the two of us to enjoy. The memory of creating our lists stirs up a smile each year as I begin my Christmas rituals. 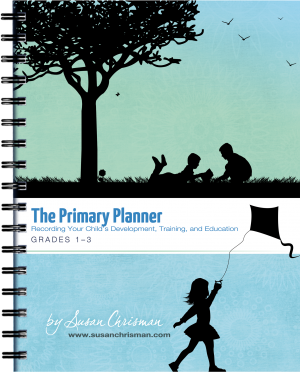