Why All This Fuss About Habits? 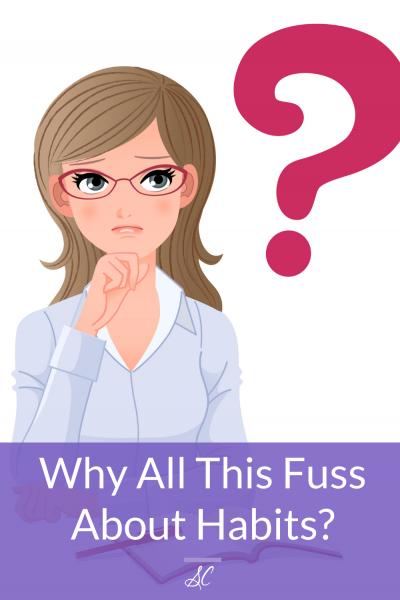 “Habit” has become a buzzword. Book titles on the subject abound on current must-read book lists. Conversations between homeschooling moms frequently center on the possibility of habits making their chaotic days a bit more peaceful. Questions focusing on habits range from “Isn’t a habit just another New Year’s resolution likely to fizzle out and be forgotten?” “How is one to know where to start?” “Is it possible to be that consistent, really?” “How can I focus on my children’s lack of good habits when I need to work on personal habits myself?”

The idea of habit training can be overwhelming, but clarity and confidence emerge with an understanding of how habit training affects the brain and how it is affected by the natural workings of the brain. Habit is simply defined as a task, activity, or thought pattern that has been repeated enough times to become automatic, something you do or think naturally, “the way you do things.” Habits consist of tasks and patterns of thought that have moved from conscious to unconscious effort in the brain. Habits actually help develop your identity. “Even a child is known by what he does.”

We all have habits, good ones or bad ones, intentionally formed or unconsciously embraced.  An intentional habit is established by repeating and mastering a thought pattern or a task. The initial effort of forming a habit requires focused attention and decision making. Here is an example.

Muscle memory developed as she practiced each skill correctly over and over, trying to “get it right.” Motor skill mastery and the focused thinking it required eventually forged tracks in her brain; it became automatic, and her ability to “make music” grew and matured. Though she continues to practice to refine her skill as a professional, many of the skills required to play the violin are habits for her. She doesn’t have to think about them; it’s just the way she plays the instrument. The habits she has developed free her to pursue more complex music, playing it skillfully with beauty and emotion. 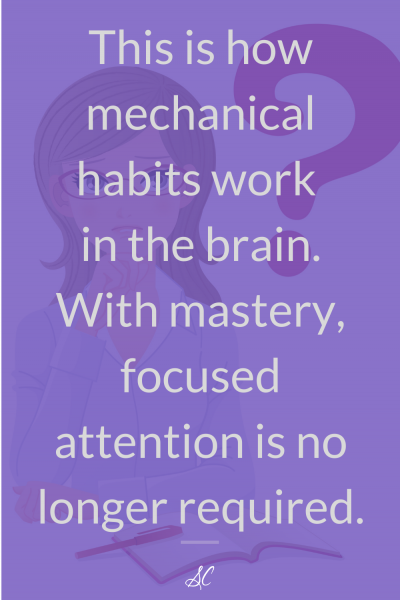 Mechanical Habits and the Brain

This is how mechanical habits work in the brain. With mastery, focused attention is no longer required. It happens as a child learns to master the use of a pencil and the strokes necessary to write letters and then words. Once the mechanics of penmanship are mastered, a habit is formed, and the child can focus on what he is endeavoring to communicate through his writing instead of how to form the letters of his words.

Mechanical habits can be made of the everyday actions of life. Daily routines consist of several mechanical habits. Habits such as tidiness, cleanliness, respect, punctuality, and truthfulness, when formed and mastered, free the mind to concentrate on bigger, more important things. Think of the advantages of forming habits that will free you and your children from struggling with trivial tasks and give you the freedom of mind and the time to focus on more meaningful experiences, problem solving, challenges, and other more important things.

Then choose one habit, ally with your child to master it, and enjoy the freedom that results as you maintain it.

Want to learn how to establish habits? Check out this practical online course: The Lost Art of Habit Training. 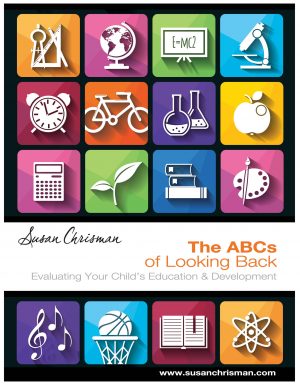