Because of Jesus—I am Chosen

Every day I held my breath hoping she would choose me. My kindergarten teacher had hand-crafted a diadem out of card stock and stapled it together in the back, and each day she chose an especially cooperative child to wear the coveted crown . Even if I had worn it the day before, I listened with bated breath for the name of the next king or queen for the day.

We stood shoulder to shoulder waiting for the captains to choose, one-by-one, who would play on their team. I was a fairly good kickball player, and I longed to be chosen early for a team. The suspense was intense and relief washed over me if I was among the first chosen.

I was brave enough to run for class office during junior high and high school. I made posters and campaigned vigorously. I practiced speeches over and over. It was so important for them to vote for me! I wanted to be chosen for the job.

When my husband Jerry and I met, I hoped and prayed he would choose to ask me on a date, so we could become better acquainted. I was very impressed with him and attracted to him. Then, one week after our first date, when he said, “I must caution you to dump me now or you may be marrying me later,” I replied, “I’ll take my chances.” I was thrilled that he had chosen me, and four months later when he asked me to marry him, I chose him. 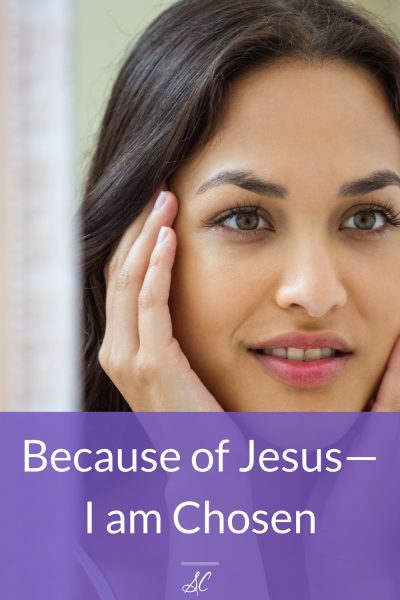 God has given everyone a natural desire for acceptance, for the approval of others. God meant for that desire to encourage relationships and selfless living; however, fallen man has distorted and corrupted the longing for acceptance and approval, often allowing it to become his master, the driving force and motive behind important decisions. Sometimes even Christians forget they are chosen, loved, and accepted by God because of Jesus Christ.

When you are His, having believed Him and received forgiveness of sin by His death and resurrection, you are made new, and your identity is tied to Christ. Having a new identity and realizing it, though, are not the same. You must still learn to see yourself as God sees you through Christ Jesus.

One aspect of your identity in Christ is that you are chosen. He chose you for Himself! He loves you and desires a deep and vital relationship with you.

Before the world was created, God predetermined how He would make us sons through the life, death, and resurrection of Jesus Christ. This was Plan A. God did not have to figure out some way to redeem His lost creation when Adam and Eve sinned. Sending His Son was not Plan B. He chose us and predetermined how He would save us “before the foundation of the world.” In His kindness and love, He chose us. In His great love and power, He gave us the ability to choose as well, to choose to come to Him or to reject Him.  How could we refuse the One who has chosen us? How can we reject the One who loves us and gave up His Son in our behalf so He could adopt us as sons?

Nothing will be the same!

God has chosen you! He loves you and has taken you for Himself. Because He chose you, allow faith to well up within you to trust Him and love Him. Let Him change you and the lies you have believed before.

God has selected you to be His very own! He has called you out of the darkness, the futility of mind, the inability to understand, and exclusion from the life of God that is prevalent in this world. He has called you to Himself, into His light.

Know who you are!

In Christ, God has chosen you, selected you, called you, and received you unto Himself. You are His! Here, in Him, lies your true identity, that purpose for which you were created—accept His choice of you by choosing Him. Come to Him in faith, believing that you were chosen before the foundations of the earth to know God personally in relationship. Through the redeeming work of Jesus Christ you can know who you are with confidence and boldness.

Meditate on this truth: because of Jesus you are chosen. Remember this fact as you go through the motions of your busy days, and do not forget who you are!

This week, as a reminder of your true identity, say, “Because of Jesus I am chosen!” each time you look in the mirror. If you need an additional reminder, write, “I am chosen!” on your mirror.

Scripture for further thought and meditation:

Ephesians 1:4-5— “…just as He chose us in Him before the foundation of the world, that we would be holy and blameless before Him. In love He predestined us to adoption as sons through Jesus Christ to Himself, according to the kind intention of His will…”

2 Thessalonians 2:13—“But we should always give thanks to God for you, brethren beloved by the Lord, because God has chosen you from the beginning for salvation through sanctification by the Spirit and faith in the truth.”

1 Peter 2:9—“But you are a chosen race, a royal priesthood, a holy nation, a people for God’s own possession, so that you may proclaim the excellencies of Him who has called you out of darkness into His marvelous light.”

Colossians 3:12-13—“So, as those who have been chosen of God, holy and beloved, put on a heart of compassion, kindness, humility, gentleness, and patience, bearing with one another, and forgiving each other, whoever has a complaint against anyone; just as the Lord forgave you, so also should you.”

2 Peter 1:3—“Seeing that His divine power has granted to us everything pertaining to life and godliness, through the true knowledge of Him who called us by His own glory and excellence.”

Romans 15:7—“Therefore, accept one another, just as Christ also accepted us to the glory of God.” 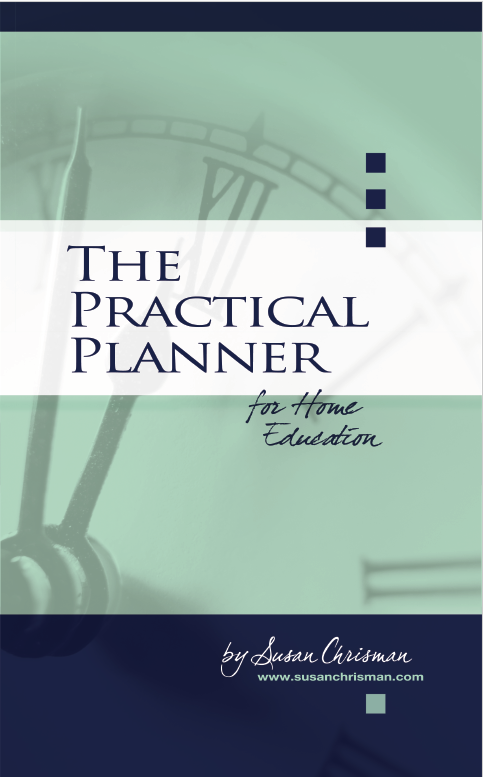